Do you know the ball flight laws? Do you even know what a ball flight law is? Do you believe in the old ball flight laws, or the new ones?
Ball flight laws are simply the physical laws which determine why and how a ball flies through the air. They can tell you what a ball will do in terms of height, trajectory, distance, direction and curvature (and more). They are literally the ultimate goal in golf.
This is some of the most important information you will ever learn. What can be more important that correctly diagnosing why the hell your ball flew into the trees on the left. Without the correct diagnosis, you are not going to make the correct fix. Whilst a blind squirrel occasionally finds a nut, you would be much better off to know this stuff.
OUT WITH THE OLD, IN WITH THE NEW
There has been lots of debate recently (in the last 7 years or so) on which ball flight laws are correct. The old ball flight laws stated things such as “The ball starts on the same direction as the swing path and finishes where the clubface aims”. This has been overtaken by better and more accurate information recently – most calling them the ‘new ball flight laws’.
Let us be clear though, the new ball flight laws always existed, they are a component of physics and as a result have been around for longer than radar has been able to measure them. But it is only recently that this information has circulated and become more common knowledge (to teachers at least – hopefully). And now we are able to more accurately measure these things too.
The old ball flight laws never really existed, they were an ‘old wives tale’ created by teachers who were trying to describe what they saw and felt. And for the most part, it worked.
Players never seemed to be inhibited too much by the old inaccurate information. Just because someone held a conscious belief about how something worked which was inaccurate doesn’t mean they still couldn’t get it to work. This tells us a lot about learning, subconscious mechanisms and our idea of conscious control – but those are hugely complex articles which do not entertain the majority of the public.
Nonetheless, I deem knowledge of ball flight laws as some of the most helpful bits of information you could possibly understand. If you don’t know why your ball sliced right, it will take a lot longer to fix it, if you can at all. You may even do yourself more harm by trying to fix it yourself in an incorrect way.
Listen closely, my friends. 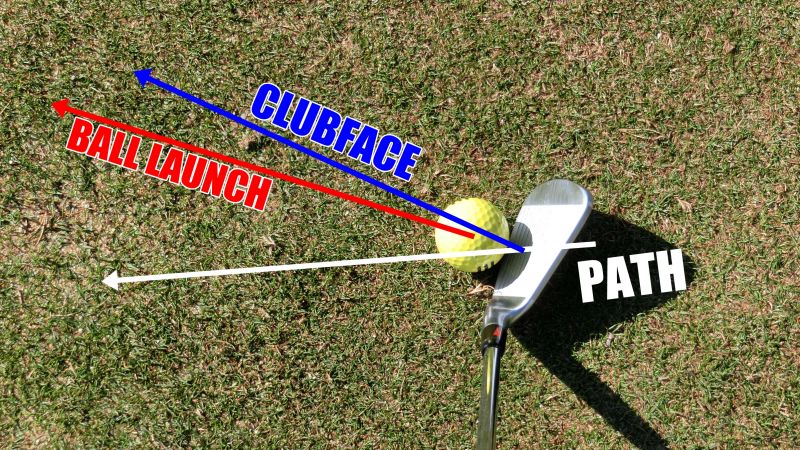 The ball flight laws can be categorized as path, clubface angle, strike, angle of attack, speed and loft. Sometimes angle of attack is lumped together with path (as it is effectively the vertical path of the club), and often times ‘loft’ will be lumped in with face angle – as it is effectively the face angle, but gives the shot height rather than directional control as we understand it. I have broken the terms down simply for ease of understanding.

FACE ANGLE AND PATH
It is very difficult to talk about one without the other, as it is the combination of both which determines the direction of a shot (barring a poor strike).
The path of the club is essentially the direction the cub is swinging through impact, and the face angle refers to the direction the clubface is aiming at the point of impact.
Clubface angle accounts for around 75% of a shot’s overall starting direction, with club path being only 25% (contrary to the old wives tale that the ball starts on the swing path). Although this % varies a little from club to club, face angle is the dominant influence on direction.
This is vital for a player to understand, as failing to do so can severely inhibit fixing problems. For example, the typical player hits a ball right and tries to fix it by swinging more to the left. This could potentially make matters worse (especially if club/path ratios get increasingly dissimilar).
In the below photos, the white line represents the club path, and the red line represents the target line 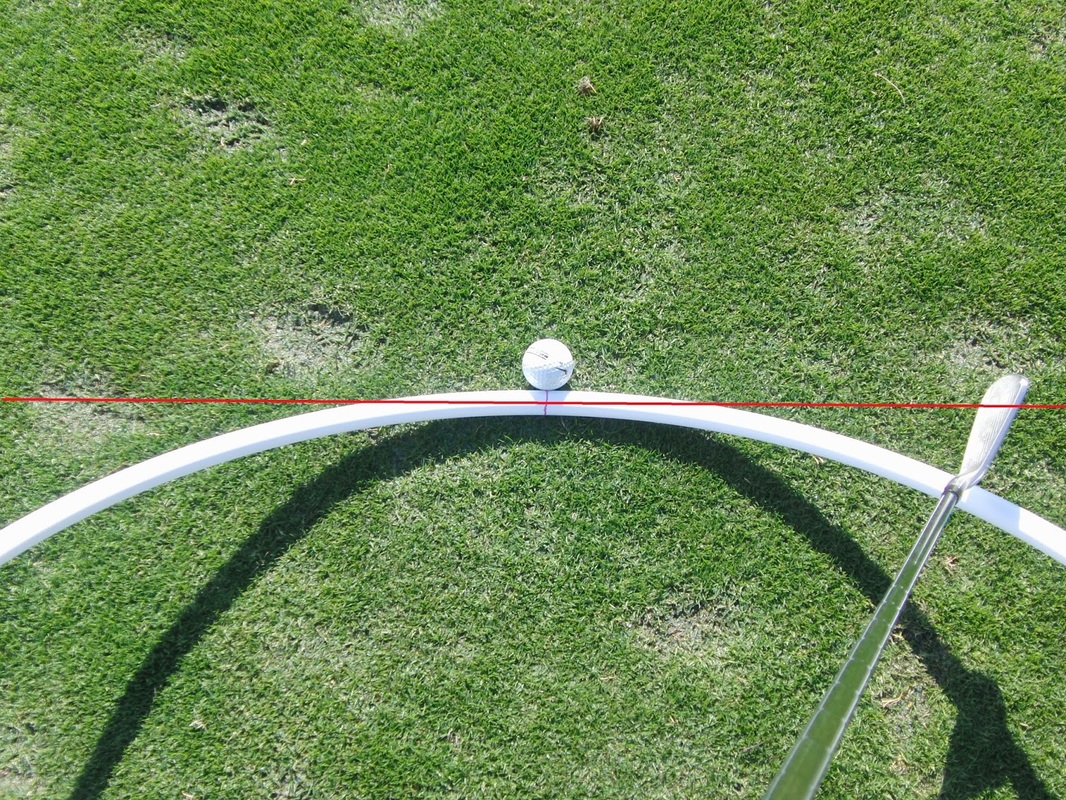 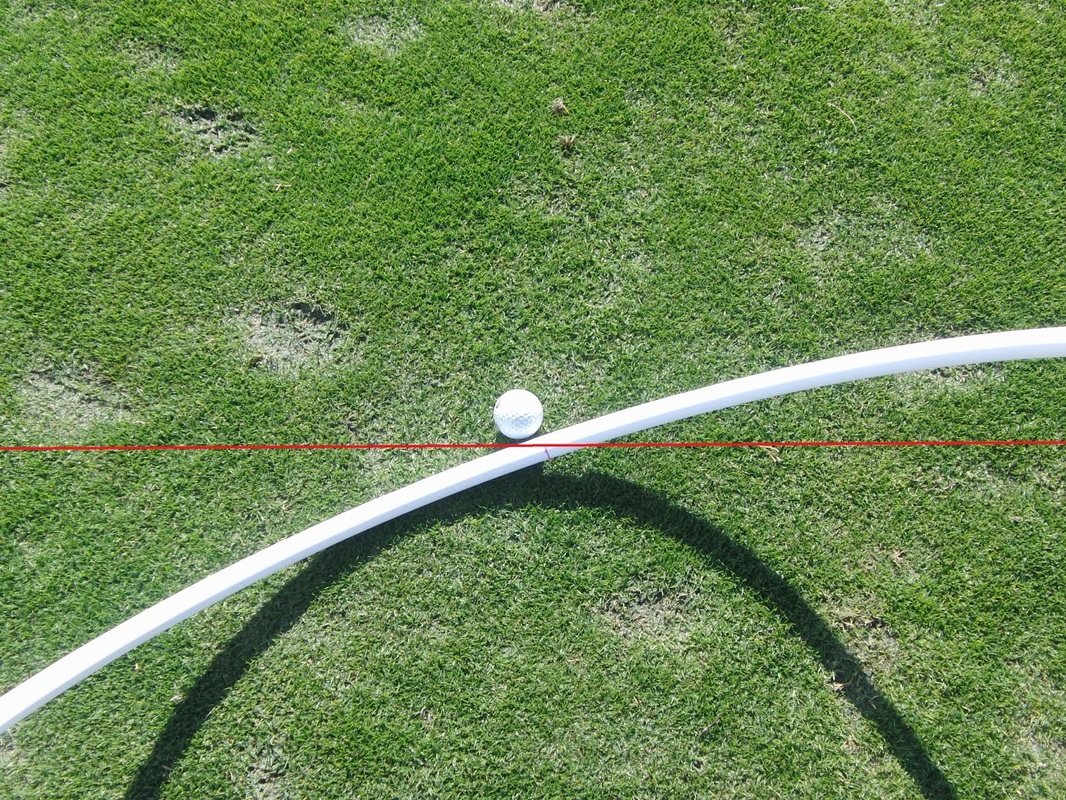 Left path (otherwise known as out to in) 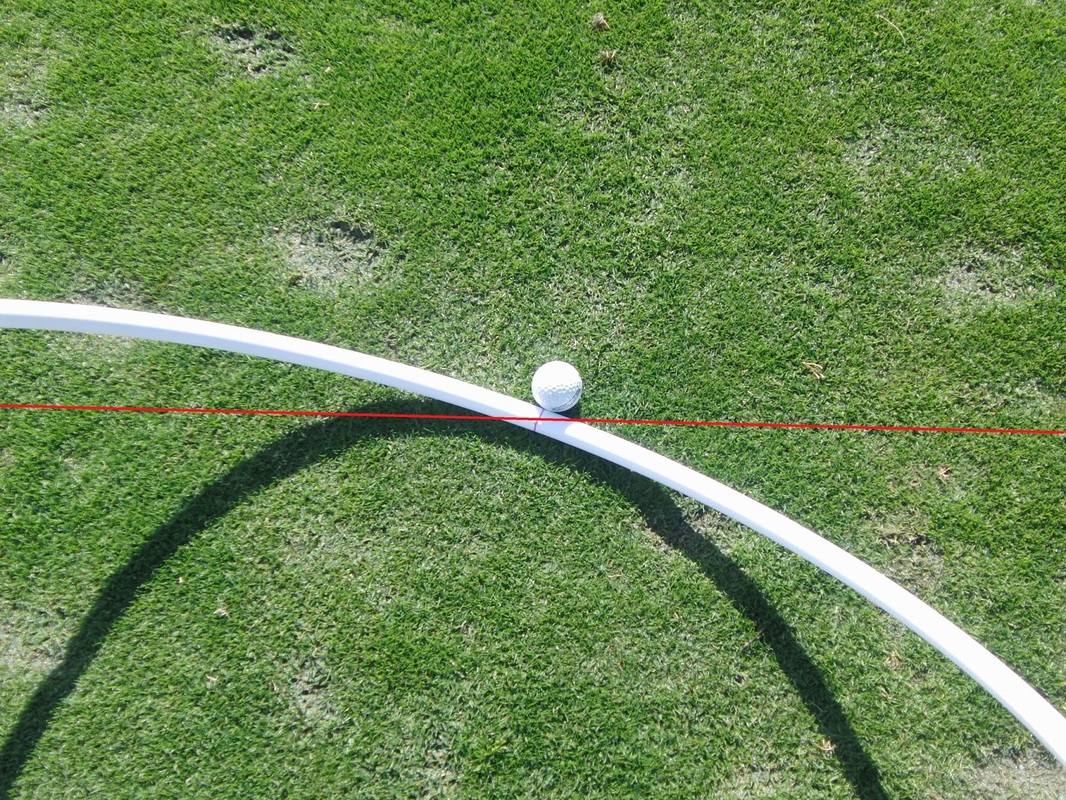 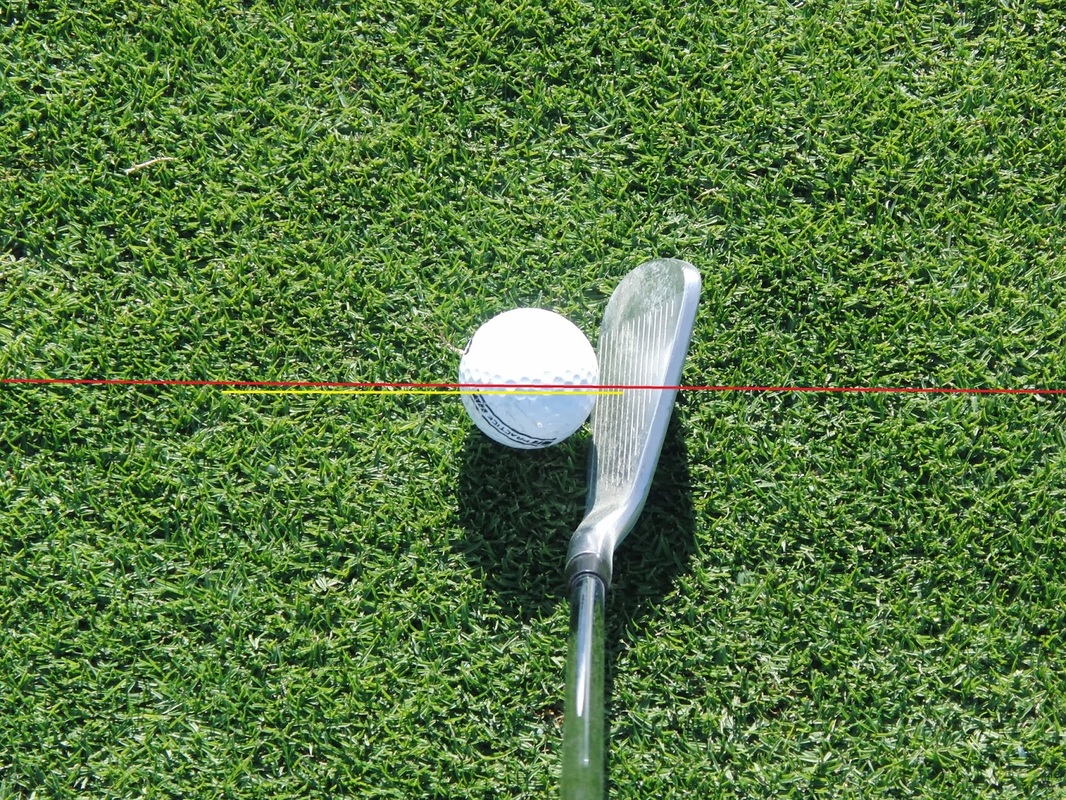 This is a square path and face. When this happens, there is no tilting of the spin axis (fancy way of saying no curvature produced), as long as the strike was from the middle. There is a tiny bit of gear effect created from the closing of the face, but don’t worry about that. 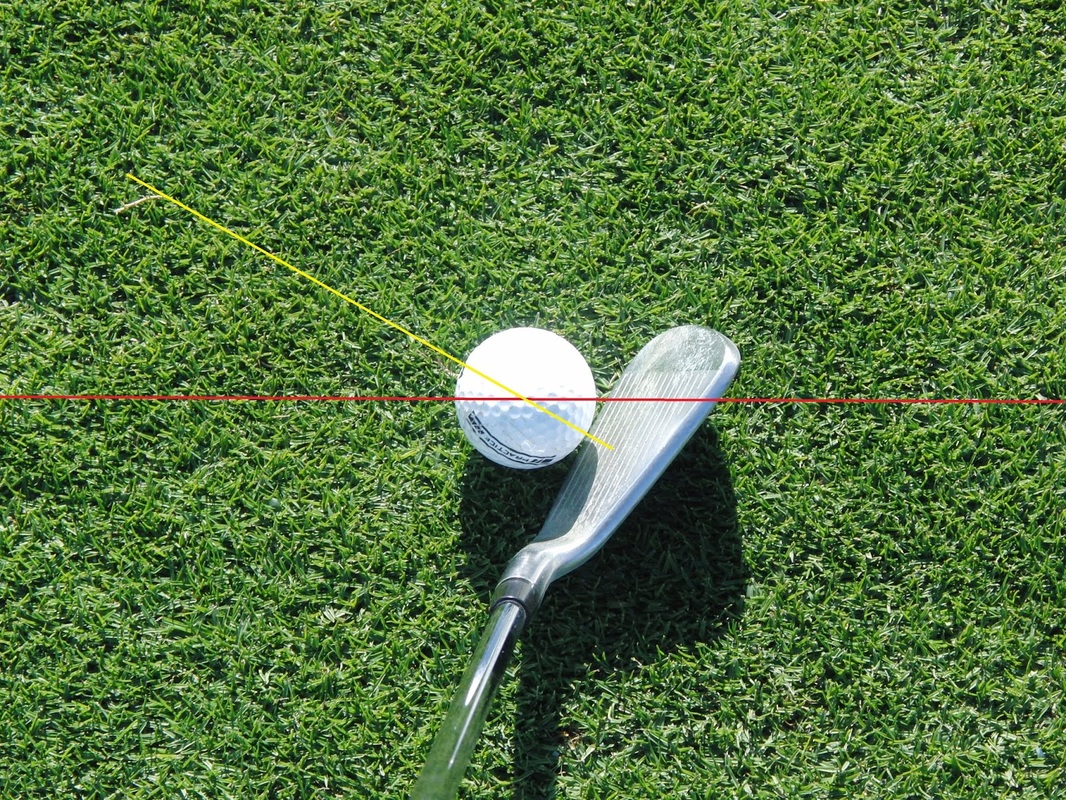 In the above picture, the clubface is open (more right of) the path. If struck from the sweet spot, this would produce a shot which starts close to the yellow line and curves further right. 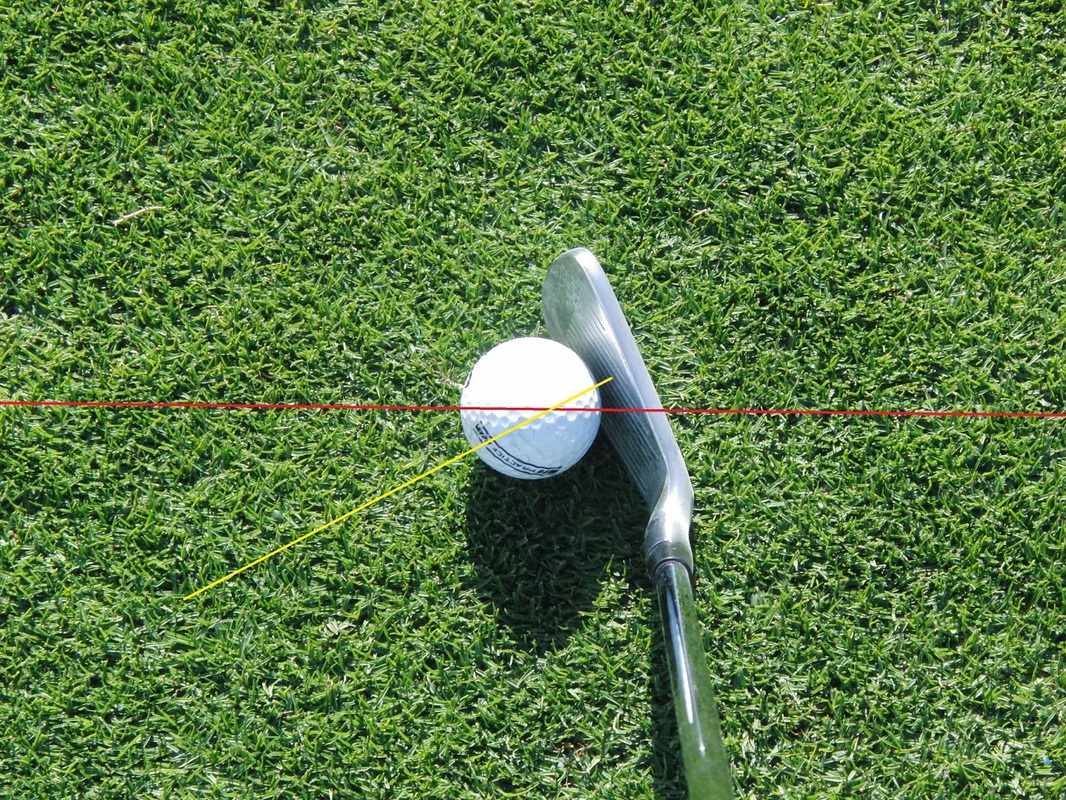 In the above photo, the clubface is closed to the path. This would produce a shot which starts close to the yellow line and curves further left.
CURVES to hit a straight shot is easy (in theory) – just get the clubface and swing path aiming in the same direction (preferably towards the target) at the point of impact, like in our first picture above. But what happens if they are not aimed together?
​
The rule to remember here is:

The ball starts roughly on the line of the clubface and then curves away from the path
For a practical example, imagine a player swings the club and at the point of impact the
How much would it curve? This is dependent on a multitude of factors. In general,
​So next time your ball starts left and curves way off to the right, you know that the clubface was left, and the path was even MORE left.
DIRECTION SIMPLIFIEDAnother definition I like to use is the following
If the face is more right of (open to) the path, the ball will curve right. If the face is more left of (closed to) the path, the ball will curve left.
This definition alone, although over-simplified, got me down to a scratch handicap.
For example, if your swing path is to the right by 10 degrees (in to out) and your clubface aims only 2 degrees right, the ball will start to the right (close to the clubface). As the clubface is CLOSED TO THE PATH, the ball will curve left. 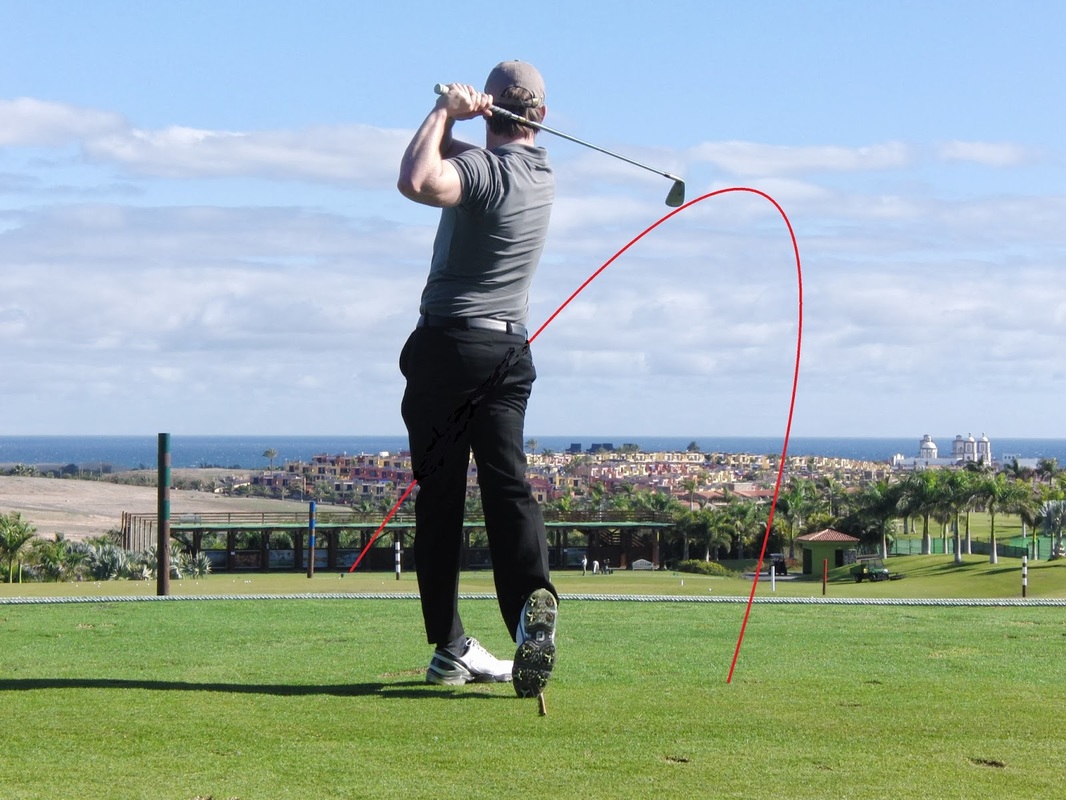 The ball started right and curved left. Face must have been aiming right at impact, and the club path was much FURTHER RIGHT. We definitely know that the clubface was closed to the path. 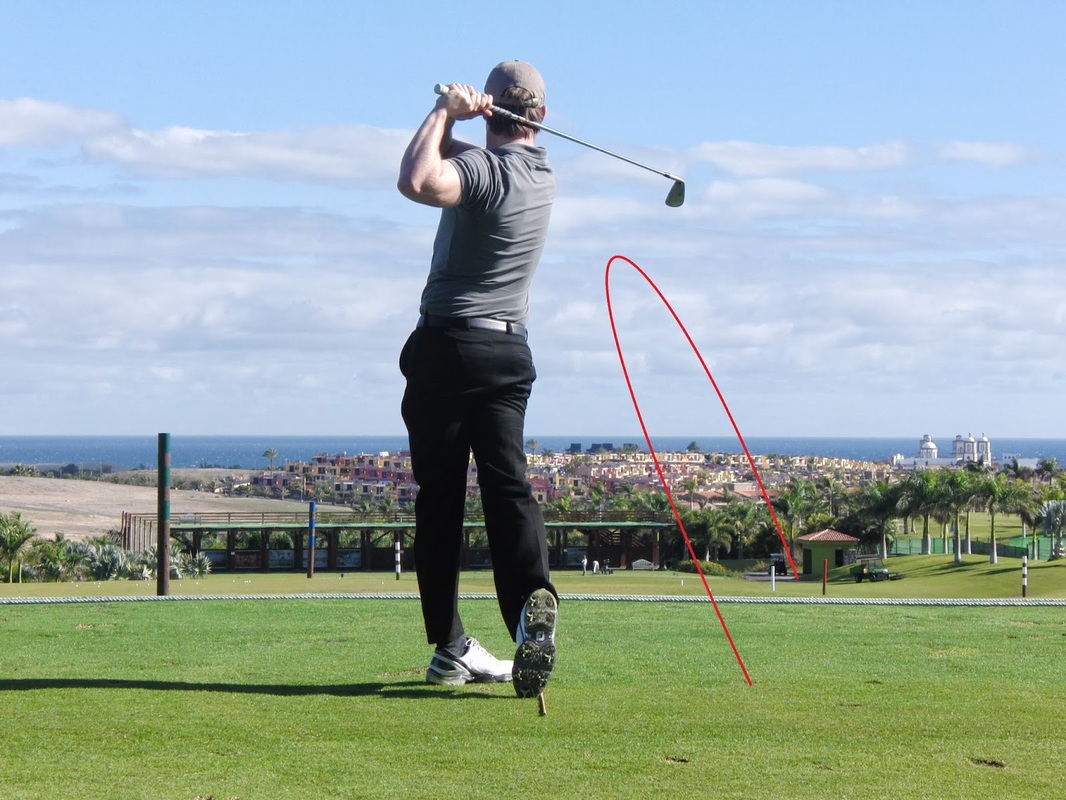 Ball started straight and curved right. Clubface must have been pretty square/slightly left at impact, and path was much further left.