Trying to clear your hips could be hurting your golf swing

Trying to clear your hips could be hurting your golf swing

As most golfers know, the downswing starts from the ground up. The proper kinematic sequence is as follows: the hips move left and open up to the target, followed by the torso, then the arms and finally the club. Slow-motion video and modern technology has shown us this.
Despite the knowledge of the proper kinematic sequence, however, players are better off practicing the start of their downswing a different way. They should strive to keep their hips closed (relative to the target), let their arms swing down and only then allow their hips to clear as the arms swing through.

“Why,” you’re probably asking?
​
In my experience, golfers who consciously try to get their hips open at impact by aggressively clearing them from the start can create timing issues… and the dreaded two-way miss. Yes, for maximum speed, golfers still need to hit shots using their hips, but they need to make sure they use them at the correct time.
When golfers stay more closed off with their hips and upper body in the start of the downswing, their lower body will bump left toward the target and their club shaft will shallow out as their arms transition down. This is a key move for delivering an inside, powerful path to the golf ball. Once in this closed position, you can then hit the ball with the right side of your body as hard as you want, producing maximum power and speed. This will also keep the clubhead square to the body through the shot as your right side rotates around your left side; a major key for consistency. 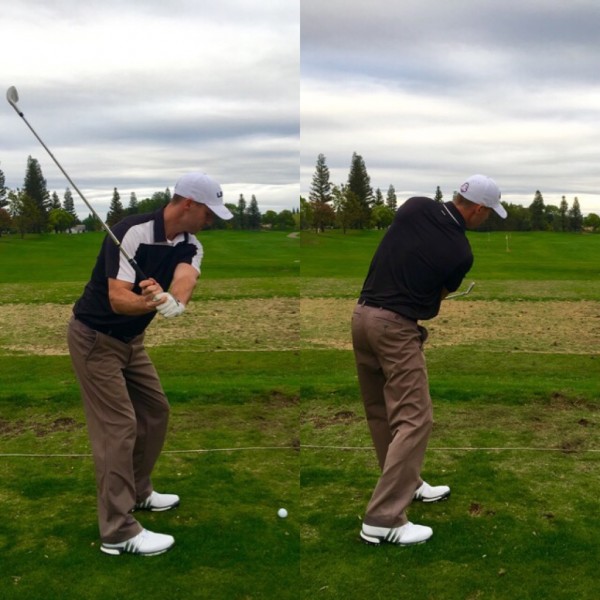 When we add speed to the swing, centrifugal force will take over if you allow it, and our hips and body will naturally clear as we swing our arms. The downswing does not need to be a consciously controlled movement, rather an instinctive move toward the target. The majority of amateurs are way too active with their bodies, especially their hips, and they don’t often realize it until they see it on film.
Amateurs often get in trouble when they try to re-create still images that were taken at full speed from tour players; for example, open hips at impact. This gives players and even instructors the idea that these images should be taught. When I walk up and down driving ranges, I constantly see players rehearsing their downswing trying to get their hips open as possible at impact or clearing them as fast as they can early in their swing. This is a false sense of power and is not necessary if our body angles and backswing sequence are correct.
Watch PGA Tour players’ rehearsals and practice swings before their shot. Notice the sequence: they swing their arms and hips, never aggressively trying to clear their hips early.

In the video below you’ll see practice swings of Henrik Stenson and Patrick Reed. Do you see them aggressively trying to clear their hips?
Clearing your hips early can cause several faults. Some players will come “over the top,” as clearing early can cause your upper body to open early, pushing your arms out from your body, producing an out-to-in swing path and the dreaded slice. Better players who clear early can still manage to stay closed off with their upper body and shallow out the shaft, but they then have to square the clubface with their hands and will become “handsy” at impact, or the club will get stuck behind them. 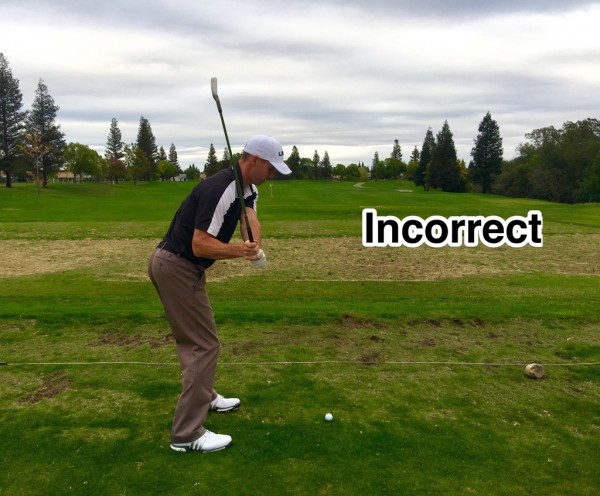 My favorite drill to combat clearing early and to get the proper feeling of how your hips and body move on the downswing.
​
1. Take your normal stance when addressing the ball.
2. Drop your right foot back behind your left (if you’re right-handed).
3. Swing from this position.

This will give you the feeling of being closed off with your lower body. To golfers with over-active hips, this will feel like more of an arms swing, but they will still notice their hips have rotated. 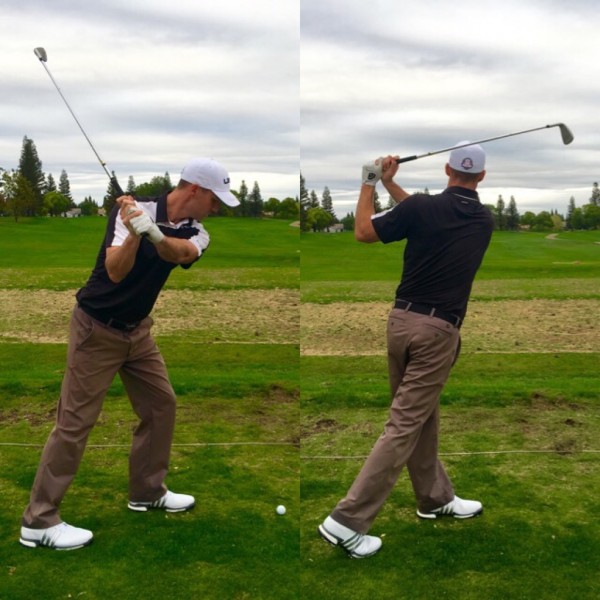 Once you have the feeling of the correct downswing timing, you will instantly notice how much more effortless your swing feels. Better timing and fewer moving parts equals better ball striking and a swing that is much easier on your body.